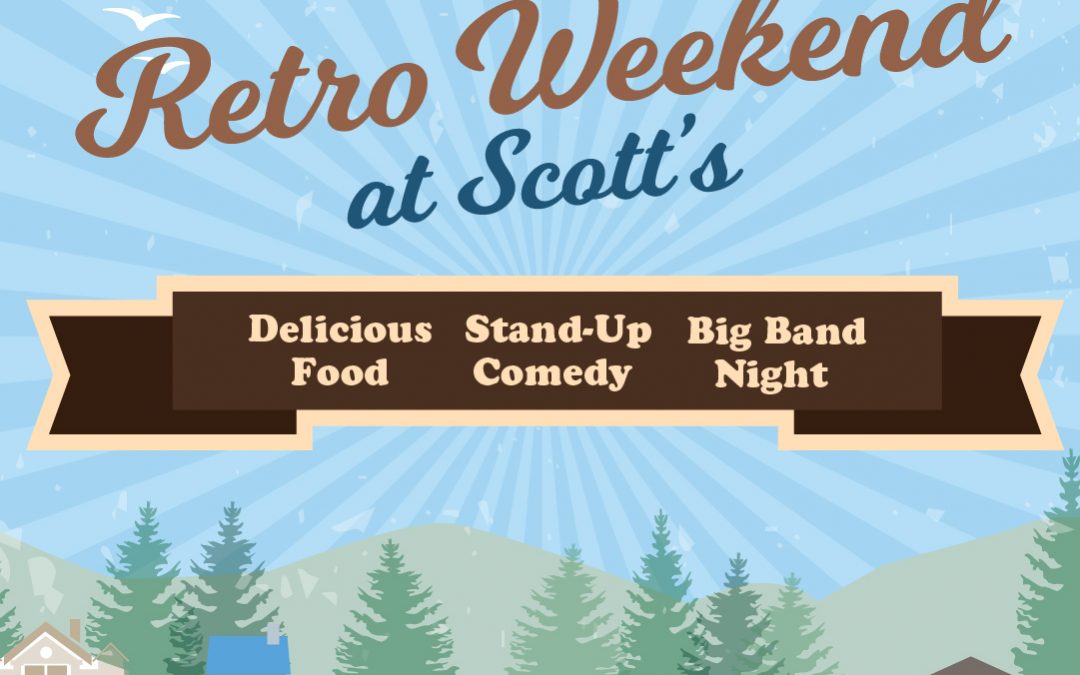 Back by popular demand:
Retro Weekend in August

British-African comic Chris James began following his dream of doing stand-up comedy after a successful career as a fashion model. Chris’ charming style of comedy includes stories, impressions and characters. He’s appeared on VH1, FOX and HBO. Chris recently finished shooting the feature film Obamaland in which he stars as the title character, Barack Obama. His comedy special and one-man show performances led to sold-out shows in New York City. Chris has lived in many places including England, South Africa, New York and LA. He continues to tour internationally at the best colleges and comedy venues around the world.

Paul Schissler is a NYC based comedian. His comedy is clean, but it’ll challenge your idea of “clean comedy”. His energetic performance digs into his fears, vulnerabilities and his newest joy- being a dad. Paul’s appeared on The Steve Harvey Show and The NY Comedy Festival

Over the last 12 years, The Scott Freeman Band & The Revival Horns have become one of the most popular show bands in the Northeast! What makes this band so unique is the wide variety of music they play. The band takes the audience through a musical journey of 50 years of music….starting with big band, swing, jazz, oldies, Irish, country, pop and classic rock. Their signature blend of tight 3-5 part harmonies added with a powerful 5 piece horn section, create that classic SFB sound

Friday: Comedians Paul Schissler & Chris James join us for a night of laughs!  Showtime: 8pm, Dinner & Show $35 plus tax, Show only $25 per person*